I recently attended the birthday of Sun Wukong on September 25th (the 16th day of the 8th lunar month) in Kowloon, Hong Kong (I’ll write more about this later). While the festivities took place at an alternate location with a secondary altar, I later visited the main altar in the Great Sage Treasure Temple (Dasheng bao miao, 大聖寶廟) on the Po Tat Estate. The altar stage includes a large gilded statue of Wukong, flanked on either side by those of his religious brothers Sha Wujing and Zhu Bajie. Strangely enough, a glass box is conspicuously placed in front of the Monkey King’s visage (fig. 1). Inside is a rusted metal band held together with a single chain link (fig. 2). An accompanying text panel labels it the “Golden Headband” (Jingang gu, 金剛箍) and claims the piece to be the original band worn by the Great Sage during his adventures. This same text is echoed in the Kowloon Great Sage Buddha Hall: Special Inaugural Ceremony Issue of the Sixteenth Year Council Association (Jiulong Dasheng Fo tang: Di shiliu jie lishi hui jiu shi dianli tekan, 九龍大聖佛堂: 第十六屆理事會就識典禮特刊) (2014), a booklet handed out during this year’s festivities. [1]

Fig. 1 – The glass box is visible between the food offerings and the Great Sage’s statue (larger version). Photo by the author.

From Childhood, I believe that everyone has read the story of the golden headband from Journey to the West. Everyone is familiar with the tale. A few decades later [after the events took place], some Buddhists were invited to a Buddhist statue workshop in Shanwei [City, Guangdong Province, China] to see if the Buddha statue they ordered was finished. But when they saw the statue they found it full of flaws. Suddenly, one among them spoke up and said it wasn’t made well enough. The Buddhist statue workshop master asked not to be chastised and said he instead wanted to give them a treasure. They asked him what it was. When he handed it to them they saw it was the Great Sage Buddha’s [original] golden headband.

People say that when Sun Wukong would not accept the Buddhist teachings, Guanyin put the band on his head. Sun Wukong ran side to side while yelling, trying to take it off and throw it far away to some unknown place [but couldn’t].

Many years later, maybe until ten years ago, a virtuous man purchased a sandalwood tree in order to build a Great Sage Buddha statue. He gave it to a Buddhist statue workshop master, who started to saw the tree but soon discovered the golden headband inside and decided to keep it for himself. Two years later, he decided to return it so everyone could behold this sacred treasure. Today, we asked the Buddhist workshop master to make a glass box to display the band in the Great Sage Temple for everyone to worship (p. 45). [2] 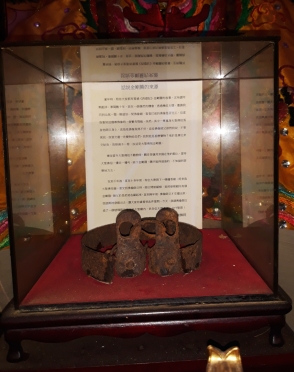 Fig. 2 – The glass box with the headband. The accompanying text panel can be seen in the back (larger version). Photo by the author.

Chapter 100 of the original novel describes the headband disappearing once Monkey internalizes self-restraint and becomes a Buddha (Wu & Yu, 2012, p. 383). The ultimate fate of the band is never commented on thereafter. The above story presents a continuation of the tale, thereby linking the Great Sage Treasure Temple with the original events of the novel. The band is lost and discovered twice over the centuries, eventually coming to rest in Hong Kong.

The displayed headband appears to be quite old given the level of rust damage. In addition, the style is different than any band I’ve written about before. That being said, the style is somewhat similar to a 17th-century mural from the famed Shaolin Monastery. The mural depicts a muscular luohan wielding a staff and standing next to a ferocious tiger (possibly the Tiger-Taming Luohan). His crown is adorned with a headband held together by a single chain link (fig. 3) similar to our aforementioned band. I am by no means claiming a connection to Shaolin, but it shows there may have been some style of linked headband associated with protector deities in late dynastic China.

2) Thank you to Kelly Black Lin for helping me with the translation.